Deborah Robinson discussed and presented ‘Parasite’ an audio-visual installation made in collaboration with scientists working on the malaria programme at the Wellcome Trust Sanger Institute, Cambridge. This was be followed by a discussion between Deborah and (emeritus) Professor Steve Hughes, Exeter. 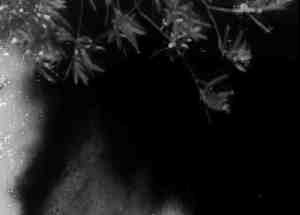 Parasite is Deborah Robinson’s most recent audio-visual work in a series of art, science and technology collaborations. It is a work that brings an element of drama – across multiple screens in a darkened room segments of archival film interact with data drawn from malaria patients. It is accompanied by a soundtrack composed by artist David Strang using mosquito recordings.

The footage featured derives from previous malaria ‘eradication’ campaigns in Europe and America that took place in the early/mid 20th century. 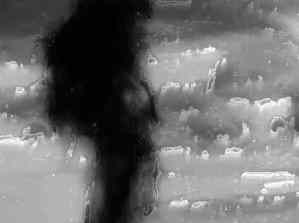 The use of this unique footage brings Uk/European audiences closer to the complex history of an ancient disease where boundaries have shifted and approaches to control have changed over time. Each fragment of film has been ‘infected’ by a ‘parasite’ a software programme commissioned from David Strang. It is powered by parasite burden data that has been directly related to each film loop in a continuous and iterative process. Generated through a complex set of interactions between art, science, and historical fragments, the work evokes awareness of the cyclical, recursive elements of this ancient and devastating disease.

Ideas for the work were formed during a residency spent with researchers Dr Julian Rayner and Dr Oliver Billker and their teams in the Malaria Programme at the Wellcome Trust Sanger Institute, near Cambridge.

Parasite has been exhibited in Germany, several venues in the UK and Shanghai where it won an award for excellence in Science, Art and Technology. It was funded by Arts Council England, EVIMalaR, The Wellcome Trust Sanger Institute, and supported by the award of a Bright Ideas fellowship with the ESRC UK Genomics Forum Edinburgh.

In Deborah’s own words;

“Research for Parasite took place in restricted laboratories and also medical archives where I discovered public health films about insect control campaigns that took place in parts of Europe and America during 1920s -1950s. The artwork centres on partially forgotten cultural narratives that act as a reminder of the shifting boundaries of a disease now primarily associated with Africa. Fragments of footage from The Sardinian Project (1949) were selected and shown across multiple screens ­ an arrangement that breaks apart the original patriarchal narrative. In addition each section of film is ‘infected’ by a digital parasite powered by authentic data from fever patients. This software was commissioned from artist David Strang.”

“A key concept that influenced artistic development within this project was the notion of the quasi-object as formulated by Michel Serres in his book Parasite (The Parasite, 1982). Using a methodology of art practice I attempted to engage with Serres concept of the parasite as relational ‘The position of the parasite is to be between. That is why it must be said to be a being or a relation¹’ (Serres 1982: 230). I will use this presentation to explore concepts relating to parasite across different registers: fictive, digital, biological, and geopolitical.”

A screening of artist Heidi Morstang’s  film ‘Prosperous Mountain’ followed by a discussion between the artist and Emeritus Professor Steve Hughes, University of Exeter. Steve spent the mid period of his career working in the seed industry and agricultural supply chains. He has published on plant genetic resources, breeding and associated issues related to ownership and intellectual property rights.

‘Prosperous Mountain’ was filmed at The Svalbard Global Seed Vault in the Arctic archipelago of Svalbard, Norway, February 2013. Through an unfolding narrative, the film explores the specific global landscape of the Arctic that plays part in a fragile ecological system. Through the portrayal of the Arctic winter landscape that appears inhospitable, we

are presented by human intervention through endeavours of mining, transport and global seed storage. As global plant diversity is rapidly declining and several plant species are facing extinction, numerous countries are collecting and storing seeds for securing the world’s future supply of food crop seeds. In addition to over 1400 seed banks located in countries that could experience nature disasters, wars and civil strife, The Svalbard Global Seed Vault has been constructed in order to store duplicates of food crop seeds samples to secure global plant diversity and food security for the foreseeable future. By February 2013, 774,604 food crop seed samples from 231 countries around the world were stored there. The full capacity of the vault is 3 million seed samples.  It now stores one third of the worlds’ food crop seeds. 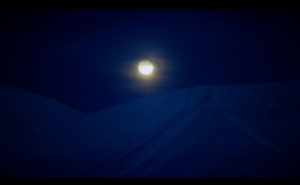 Through the portrayal of the Arctic winter landscape that appears inhospitable, we are presented by human intervention through endeavours of mining, transport and global seed storage. As climate change and political conflicts are challenges that continually threaten the presence of international seed banks, The Svalbard Global Seed Vault may be a contemporary symbol of future existence. However, the remaining speculative question is who will open the door to the vault if needed in order for the stored seeds to be sown?

For more information on the film ‘Prosperous Mountain’ or the films maker Heidi Morstang please visit her website.

A presentation by David Strang. 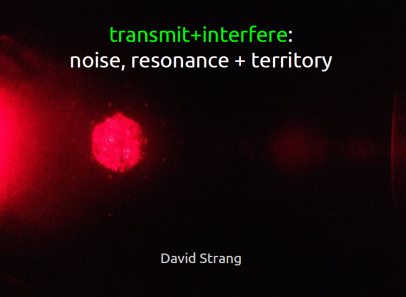 Abstract: ‘Noise, noise, noise – the greatest single disease vector of civilization.’[J. G. Ballard, 1997] Exploring the ‘in-between’ within interactive sound and light systems enables us to develop a creative potential with noise (sonic and information). This talk by David Strang looked over various projects playing with the parasitic form of noise via practices of code, hacking, performance, workshop and installation and engaging in text by Deleuze, Guattari, Serres, and Poe. 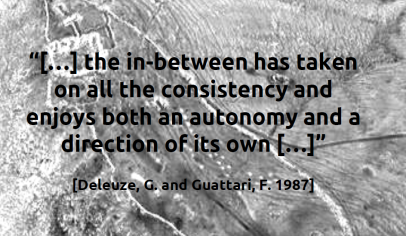